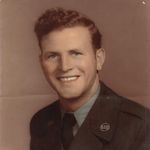 Billie (Bill) Rae Glisson, 89, passed away peacefully with his family by his side on February 3, 2019. Born on August 6, 1929 in Goldsboro, NC, he was son of the late Norman and Lela (Wise) Glisson. He enjoyed 63 years of marriage with his wife, Laurette (Boucher) Glisson. Bill was raised and educated in Wilmington, NC. He proudly served his country in the United States Marine Corps and United States Air Force. Bill met his wife, Laurette,...