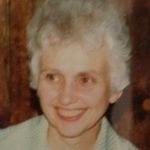 Bevalie (Bev) Nute, age 98, formerly of Littleton, NH, died December 6, 2019 at the Morrison Nursing Home in Whitefield, NH. She was born February 20, 1921, in Windsor, VT, the daughter of late Harvey and Harriet Chase. She graduated from Perry School in Boston, MA, with a BA in education, and taught in the Littleton, NH school system beginning in 1941 for many years until her retirement. In 1946 she married John Brigham Nute and resided...