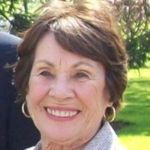 Barbara A. (Simcock) Romano passed away August 1, 2020 at the age of 88 after a period of declining health. She was the only child of Helen Simcock and Alfred Simcock and was raised in Brighton MA. Barbara retired from Raytheon Corp after a thirty-year career. She was the devoted wife to the late Renard Romano for 52 years, prior to his death in 2002. Barbara and Renard retired to Hutchinson Island, FL in 1992, where Barbara continued to...