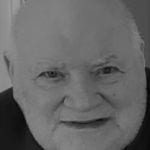 Armand A. Perreault, 88, died unexpectedly in his sleep on Wednesday, July 31,2019. He was born June 22, 1931 the son of Henry Perreault and Germaine (Lesmerises) Perreault. He was a lifelong resident of Manchester. He leaves behind his wife of 67 years Nancy (Anderson) Perreault, their son Steven Perreault and his partner Jeffrey Elliott of Manchester, NH and his grand dog Zack. Additional family members include his brother Robert Perreault,...