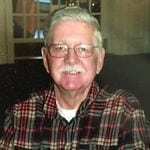 Andrew L. Bunker Jr., 67, of Laconia, NH passed peacefully on Thursday May 24, 2018 at the Hillsborough County Nursing Home with his brother Paul and his sister Mary at his side. He was born in Concord, NH on November 21, 1950 to the late Andrew and Mary (Harrison) Bunker. Andrew, or "Bunk", as his early friends called him, grew up in the North End of Concord where he spent most of his afternoons and evenings at the Concord Boys Club playing...