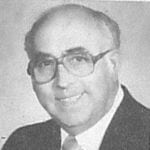 Alfred "Fred" R. Mercier, 90, formerly of Manchester, passed away at Signature Health Care in Fort Meyers, FL on August 6, 2018. He was born in Manchester on August 8, 1927, the son of Edouard and Henrietta (Bernier) Mercier. He was a World War II Navy Veteran, serving aboard the USS Larson. After the war, he worked with his brother at Mercier Spa on Wilson St. He then worked for HP Hood as a route salesman for over 30 years until his...