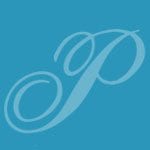 Shirley Ann Hendrick passed away at Pine Heights in Brattleboro on March 27, 2022, her 100th birthday. She was born in Grand Forks, North Dakota, the oldest child of Harold and Donna Buckingham. She attended high school in White Plains, New York, and graduated from University of Vermont, where she met her husband, Joseph Hendrick. They married in 1944.

Because of Joe’s career in the oil industry, he and Shirley moved 17 times as they raised their two sons, David and Jeffrey, and daughter Lesley. Shirley retired from a career in banking in Houston and moved to Newfane in 1992. She was very accomplished at needlecrafts and especially enjoyed quilting, knitting and dollmaking.  Her quilts and dolls were displayed at the Moore Free Library in Newfane, and she made countless baby quilts for family and friends.  Shirley enjoyed participating in several sewing and quilting groups that raised funds for local projects with their creations. She was a member of Newfane Church, volunteered at Grace Cottage Hospital, and loved her brookside Newfane house.

Shirley was predeceased by her husband Joe in 1973, older son Dave in 2014, and her siblings Pat Ballou and Richard and Ralph Buckingham. She is survived by her daughter Lesley Blackburn and son-in-law Phil of Brattleboro, son Jeff Hendrick and daughter-in-law Joan Feinberg of Boston, and daughter-in-law Emily Hendrick of Atlanta. She is also survived by grandchildren Christina Melton and husband Jamar, Andrew Hendrick, Matthew Blackburn and wife Maggie Anderson, and Meredith Blackburn and fiancé Jesse McManus. Four great-grandsons also survive: Jack, Anders, and Wils Melton and Leo Blackburn.

A graveside memorial will be held on Saturday, July 2, at 10:00 a.m. at Woodlawn Cemetery in Newfane, followed by an informal gathering at 677 Black Mountain Road in Brattleboro. Please join Shirley’s family at these events to celebrate her long life.

If you wish to make a gift in her memory, please consider Grace Cottage Hospital in Townshend, VT; Newfane Church; or Bradley House in Brattleboro. Ker Phaneuf Funeral Home has been entrusted with arrangements. To view an online tribute, leave a message of condolence or for more information please visit www.phaneuf.net.