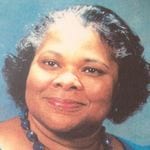 Sandra Toryeanea Hicks "Sandy" died peacefully on January 22, 2020 at home in Manchester, NH at the age of 79 after a long illness.

She moved to Manchester, NH with her now deceased husband, Wade, and sons Roger and Alan in the middle 1960’s and outside of a 3 year…