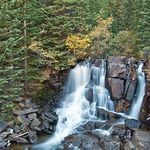 Richard S. Wheeler, 71, of Alton, NH died on Thursday, April 1, 2021 at Dartmouth Hitchcock Medical Center, in Lebanon, NH.
Mr. Wheeler was born on March 22, 1950, in Concord, NH, the son of the late Betty Jean (Hanson) Wheeler. He was raised by his grandparents, Paul and Connie Hanson. Mr. Wheeler was a veteran and served in the United States Army.
Mr. Wheeler was employed as a machinist and worked for Aavid Thermalloy.
He enjoyed…