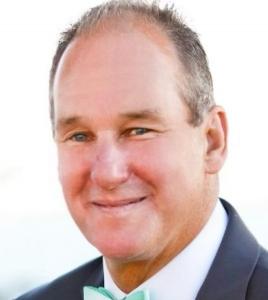 Kenneth Albert Cote, 71, of Derry, NH passed away peacefully at the VA Medical Center in Lexington, KY on January 9, 2022.

Ken was born on July 4th, 1950 to Albert Cote and Pauline Daigle in Chicago, IL. When Ken graduated Memorial High School in 1968 he won ‘most popular’ superlative. Ken went on to study history and play football at UNH in Durham, NH; graduating with a degree in history in 1972.

On April 11, 1976 Ken joined the U.S Marine Corps where he spent time at Camp LeJeune and in Japan.

In 1979 Ken and Bunny Bunker married at the Whistling Oyster in Ogunquit, Maine and went on to have one beautiful daughter Courtney Cote.

In 1985, Ken married Karen Chausse. They resided in Chester, NH for almost 15 years. He worked as a beer distributor at Silver Brothers for years.

Ken loved working outside building stonewalls, flagstone walkways and patios. He also enjoyed playing with the chainsaw cutting down trees and clearing brush.

He worked at Easter Seals for years and enjoyed spending time with special needs. Ken also worked as a teacher’s aide and substitute teacher at Pinkerton Academy. His favorite job of all-time was working with his extended family at Senior Class in Hampstead, NH. He would pick up his father Albert Cote and bring him to and from this adult/elderly daycare. After his dad’s passing he continued to serve as a driver at Senior Class. Their favorite memory was when Ken showed up in his red, white and blue suit singing “God Bless America”.

In lieu of flowers, the family requests donations be made to Easter Seals or charity of choice.