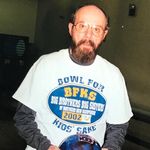 WESTMORELAND, NH — Boyd Malcolm Aldrich passed away peacefully on April 29, 2021. After fighting Parkinson’s Disease for 23 years, Boyd decided to go on his terms. He died of pneumonia shortly after turning 72 in April, which is Parkinson’s Awareness Month. He was born on April 25, 1949 in Littleton, NH to Elaine and Glenwood Aldrich of Lisbon, NH who predeceased him.