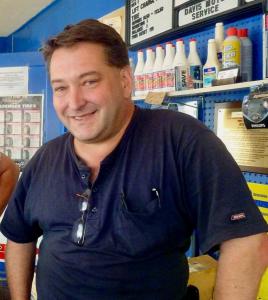 Rick owned and operated Davis Motor Service for many years, perfecting his auto mechanic skills throughout his life. He was an avid outdoorsman, especially loving to fish. He was a fun and caring person and spent some of his time as a volunteer firefighter with the Meredith Fire Department, becoming their Master Diver. To his family and friends, he will be remembered for being the hardest worker, a great cook, an aspiring magician and loving to spoil his grand-dogs, Bandit and Remington.

A Memorial Gathering will be held on Thursday, December 2nd from 5-7pm at the Phaneuf Funeral Home & Crematorium, 243 Hanover Street in Manchester. A Memorial Service will follow at 7pm in the funeral home. Family and friends are kindly invited to attend.

In lieu of flowers, donations in Rick’s memory may be made to Granite State Dog Recovery, of Hooksett NH.