Do Your Due Diligence When Researching Cremation Costs

The Internet has made some aspects of planning a funeral or cremation simpler, but it has also opened opportunities to individuals who may be operating under shady, unclear or even false representation.

Cremation costs can seem unwieldy, but we don’t recommend utilizing any cremation or funeral business that isn’t licensed in the state in which they operate. You may have little recourse if something unfortunate happens if the business is not under the jurisdiction of the state funeral board or any regulatory agencies.

Phaneuf Funeral Homes and Crematorium featured a blog post in 2017 warning you about Heritage Cremation Provider, LLC., an online cremation provider that appeared to be local to online users, but was actually based in Colorado. Their website made no mention of location, but because their website appeared in searches for “local cremation provider,” Phaneuf received several calls from people who wanted a comparison to us and Heritage. Plus, our team received calls from Heritage, asking us to do a cremation on its behalf. We declined.

Heritage was (or is) a third-party coordinator of services and doesn’t operate a licensed funeral home, nor are they licensed to. They advertised low-cost cremation pricing, and when they acquired a customer, they would call local funeral homes to perform the service. The big problem with this is if, unfortunately, something went wrong, customers had little recourse as they were doing business with a broker, not the licensed funeral home.

Recently, I began hearing from others in the funeral industry in New Hampshire that a company in Colorado calling itself Families First Funeral Homes was contacting them about doing out-of-state cremations. Several requests from the same company for out-of-state cremations was deemed suspicious, and one local funeral home director wondered if he was actually dealing with Heritage under an alias.

The Memorial Business journal, a publication of the National Funeral Directors Association (NFDA), looked into this, and published a piece about Heritage in November 2018. Following are excerpts from the article, written by NFDA general counsel T. Scott Gilligan, reprinted here:

“Over the past two years, NFDA has issued warnings to funeral homes regarding the operations of Heritage Cremation Providers, an internet middleman that holds itself out to the public as a locally owned and trusted funeral home providing low-cost cremation services. In fact, Heritage Cremation Providers is an unlicensed seller of funeral and cremation services with a long track record of consumer fraud and abuse.

State funeral boards in Colorado, Florida, Georgia, North Carolina, Oregon and Tennessee have all taken action against Heritage Cremation Providers. However, because Heritage can hide behind the internet, it is virtually impossible for a state board to be able to shut it down.

Despite efforts of state regulators, Heritage Cremation Providers continues to peddle low-cost cremation services to the public through its website.

Because of warnings issued by NFDA and state funeral associations, in addition to efforts by state funeral boards to prohibit funeral homes and crematories from providing services to Heritage Cremation Providers, many firms have refused to enter into agreements with Heritage to service families.

It appears these warnings have had an effect since we’ve recently learned that Heritage Cremation Providers has adopted a new subterfuge in contacting funeral homes to provide services for them.

NFDA has been able to confirm that Families First Funeral Home is a limited liability company organized in Colorado. In addition, NFDA was able to verify that the contact agent for Families First Funeral Homes LLC listed with the Office of the Colorado Secretary of State is Anthony J. Damiano. Of course, Damiano, also known as A.J. Damiano, is one of the owners and operators of Heritage Cremation Providers.”

When working with Phaneuf, we want you and your family to be completely at ease, which is why we offer complete transparency in all of our marketing, digital and traditional, including publishing current pricing for all services and merchandise. We know price can be a concern, and comparison shopping is normal, but we do hope that you do your due diligence when deciding on a provider.

Questions to Ask a Cremation or Funeral Service Provider

When searching online use search terms like cremation services near me and always Google the business name and you should get results with online reviews, including some from the Better Business Bureau. If not, you’re better off going with a more-trustworthy funeral provider who can give you specific answers to those questions and who have a solid online presence with service reviews.

What does a funeral cost?

Get an estimate for funeral or cremation costs in minutes. 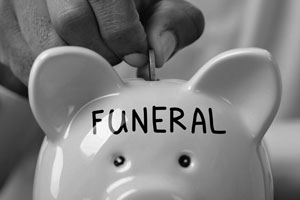 cremation costs, cremation service near me, how much is cremation