Phaneuf Funeral Homes and Crematorium has been named one of New Hampshire magazine’s Top Family Businesses by Business NH Magazine. It is being recognized for helping bring more than $30 billion of revenue to the state in 2017.

“Multi-generational family businesses are shrinking not growing — even in New England — so we’re proud to be recognized by Business New Hampshire magazine,” Arthur O. “Buddy” Phaneuf, President and Licensed Funeral Director, said. “The recognition from Business New Hampshire magazine reminds me and my family that our customers appreciate what we do and how we’ve been taking care of their loved ones for generations.”

In 1906, Jean-Baptiste Phaneuf, a native of Nashua, N.H., began Phaneuf Funeral Home on Whitney Street, and then moved to Canal Street. For 75 years, Phaneuf was the premier funeral home for French Canadians in Nashua. 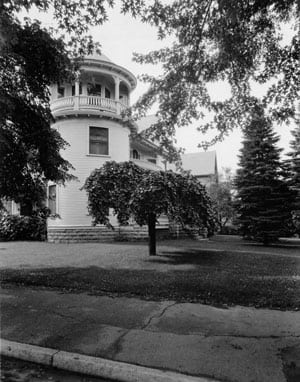 In 1935, Arthur Phaneuf followed in his father’s footsteps and opened his first funeral home in Manchester, N.H. John Phaneuf, Buddy’s father, continued the tradition in 1955. He retired in 1995, after 40 years with the business. John oversaw many innovations to the small company, turning it into one of the biggest and most-respected family-owned chain of funeral homes in New England.

“As you can imagine, the funeral business is not always full of laughs. But, my father taught my sister and I at a young age that families deserve and need our support at a challenging time. We have a big responsibility as this is one of the final memories they will have of their loved one. We have to make everything right for them.”

Buddy’s sisters, Michele Phaneuf-Plasz and Nicole Phaneuf, have also been part of the funeral industry for more than 20 years.

“Working closely with my sisters and dad through the years has yielded many rewards,” Buddy added.