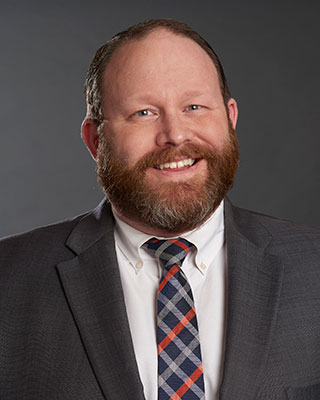 Kade Stewart has helped New England families with end of life planning and arrangements for over 15 years, though he’s relatively new to the family of Phaneuf funeral directors. Kade was inspired to go into the death care industry while living in Japan.

He met his future wife when he was 10, and she was a Japanese exchange student living in Idaho. They kept in touch and Kade attended junior and senior high school in Japan. Afterward, they got married and he worked as an English teacher.

At the time, embalming was a new practice in Japan, and it was taught by Americans and Canadians. Through a church contact , Kade learned about an embalmer who didn’t speak Japanese and needed assistance. Kade said he was intrigued by the concept of embalming.

(He had hoped to become a surgeon, but was unable to as he has epilepsy.)

The time at the embalmers convinced Kade his calling was the death industry, and he ended up studying at a mortuary college in Oregon. Once he became a funeral director, he and his family (which now includes four sons and a daughter) headed east to New Hampshire.

“I really enjoy the career in the respect that it has a lot of aspects, whether it be psychology, teaching, IT (I’m a computer guy). There’s accounting. There’s counseling. I really am interested in all these things. I am a religious man. There’s a lot to it that attracted me to the career,” Kade said. “My parents scratch their heads wondering why on earth I did it.”

Kade’s in-laws and wife struggled with the decision, he said, as death care professionals in Japan are generally closed off members of society, keeping the business within the family. But they came to understand the passion for his work, he added.

Kade develops an open, easy rapport with the families he works with.

“I’m kind of an unpolished guy and an Idaho boy,” he said. “I think a lot of the families do warm to me and I make really good relationships with them. I am sincere and a genuinely open person. Sometimes I’m a little too open, but I just say what I think.”

As an emotional guy, Kade said the biggest challenge remains the work-life balance of not bringing too much emotional baggage home. He said he connects with the families and it’s hard to turn that off at the end of the day, sometimes.

A new option for families

“I’ve also realized that there’s no cookie cutter to people and everybody’s different in how they approach [the end], and it’s really made me appreciate that one way doesn’t work for everybody,” he said.

Kade has worked with 10 families on Parting Stones and he said the feedback from families has been great across the board.

“They feel and look very beautiful. To see a family member pick up a stone for the first time is something special. The stones are packaged in an elegant and minimalistic way and come with a card from the artist that formed and processed them, so that the family has the opportunity to write the artist a note if they would like to express any emotions or feelings that they may have,” Kade said.

Kade shared a story of working with a family:

“This gentleman was an outdoorsman. We talked about the different options with cremation and how they could take the stones to different locations,” he said. “The family is waiting for the stones to have the service, and they’re going to give one to each attendee if they’d like to have one.”

Kade lived in Japan, the West Coast, the Midwest and now the East Coast, and he’s pretty settled. When he’s not helping families, he likes to spend time and watch his family grow up at a little backwoods place in Maine.

“My oldest is 22. My youngest is four. So, I have a big spread,” he said. “It’s nice to just get away and spend time with my family and appreciate the simple things.”

Preplanning your final arrangements ensures that your family understands your final wishes and alleviates a great deal of stress.