A “60 Minutes” episode recently told the story of people who had wrongly been declared dead and ended up on the U.S. Social Security Administration’s Death Master File, a computerized list containing some 86 million names. As a result, these people were denied loans, couldn’t use their credit cards and couldn’t rent an apartment.

Patty Young of Mason, NH, told CNN Money that she was mistakenly declared dead due to a “keystroke error.” Even once she got the mistake fixed, someone filed a tax return in her name, likely as a result of that one keystroke.

For others, fixing the problem involves a lot of red tape and a lifetime of problems.

In another CNN Money article, one woman said “My life is still a nightmare three years later, after correcting errors with the Social Security Administration. I am disabled with no health care insurance and could not purchase my heart and blood pressure medicine.

“I can’t open a bank account in my name, and I couldn’t renew my driver’s license until I had someone come into the police station and vouch for me. I can’t even get a full-time job to bring in money because no one will hire me once they find out I’m dead.”

This past Monday, the Senate’s Committee on Homeland Security and Governmental Affairs held a hearing on the problems with the Social Security death records. At that hearing, Judy Rivers recounted her ordeal after being declared dead. She noted that while she and others have had problems convincing agencies that they are alive, at the same time, families of people who actually have died have difficulties proving that the deceased is their family member.

Fortunately, as serious as these problems are, they represent less than 1/3 of 1 percent of the Social Security Administration’s transactions. A far greater problem is when people aren’t reported dead and relatives continue to collect social security payments, or criminals get access to those social security numbers and commit tax fraud, social security fraud, and credit card fraud, costing the United States and merchants billions of dollars.

According to the Social Security Administration some 6.5 million people over the age of 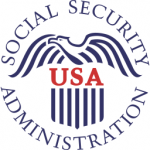 112 have no death certificates on file. The Associated Press reports that there are only 42 people known to be that old in the entire world and just 13 people receiving Social Security benefits in the US who are age 112 or older.

The Death Master File is used by banks and credit agencies, federal agencies and state and local governments. Until recently, parts or all of the file have been available for sale, but Congress tightened access so that only those who are “certified” can access the full file. It’s estimated that tighter restrictions on the DMF could save taxpayers more than $700 million in fraudulent tax refunds alone over 10 years.

Patrick P. O’Carroll, Jr., Inspector General of the U.S. Social Security Administration told “60 Minutes” that the agency now has some tools to help cut down on fraud. If an elderly person hasn’t been on Medicaid for three years, they call and see if the person is still alive; if they are over 100, “We reach out to see how they’re doing.”

There have been times when families, for one reason or another, don’t want to provide us their loved one’s Social Security Number, saying that they will notify Social Security themselves. While most of the people are well-meaning, others may not want Social Security notified so they can continue to receive monthly Social Security or other payments.

Social security fraud is a growing problem, and while the state of New Hampshire does a good job of containing it, not every state does. For those people who commit fraud, O’Carroll has a message: