Attending Funeral Services Outside of Your Faith Tradition | Phaneuf
Call Our Care Team: 1-800-742-6383

Attending Funeral Services Outside of Your Faith Tradition

Most people can admit that attending a funeral causes them at least some degree of anxiety. Confronting our own mortality, along with that of our loved ones, can be challenging, especially given the emotional weight that typically comes along with funeral services. One additional component that can further boost anxiety about attending a funeral is if the services are outside of one’s faith traditions, which can add a general sense of unease and mystery to the equation.

Fortunately, you don’t have to become an expert on religious funeral services when attending those based upon a specific set of beliefs. Here are a few tips to help you prepare, which can help reduce stress and anxiety about attending and allow you to focus on honoring the person who has passed.

Have an Idea of What to Expect

There’s no shortage of different ways in which cultures throughout the world honor the death of a loved one. In Ghana, for example, elaborate “fantasy coffins” are often built to represent the work and accomplishments of one who has passed. Religion can also have a strong influence on funeral traditions, and while Christian vs. Muslim funerals (as an example) are similar in their purpose to comfort the bereaved and give recognition to the deceased, there are differences to make note of.

By researching the funeral traditions associated with the faith related to the service you’ll be attending, you’ll have a good idea of what to expect prior to showing up. We have information about some of the traditions we commonly work with on our website. You can learn about religious funerals including Eastern Orthodox funerals, Hindu funerals, Islamic funerals and Jewish funerals, among others. Beyond that, a Google search can be helpful to find information on specific religious funeral rites and ceremonies.

While there’s no “one size fits all” approach to dressing for funeral services across all religions, a general rule of thumb is to keep things as modest and respectful as possible. There’s no need to worry about wearing an all-black outfit if you don’t have one—sticking to darker colors is usually adequate. While different cultures typically have their own associated shades reserved for mourning, don’t feel as if you need to “fit in” or make a concerted effort to dress based upon religious customs. So long as the outfit feels appropriate for the event, you should be on the right track.

One of the most important things to remember about attending funeral services outside of your faith traditions is that no one present is going to expect you to participate in prayer, communion or other religious sacraments. In some cases, doing so might even be considered disrespectful. The best thing you can do is to simply sit or stand with the assembled group and listen in respect, taking in the service and appreciating its poignance at face value. Regardless of the religion in question, you will be viewed positively by other attendees for making the effort, showing up and paying your respects.

Going to the funeral of someone from another faith can certainly generate anxiety, but it doesn’t have to. Know what to expect, dress appropriately and take your cues from the others in attendance—the rest will fall into place on its own. 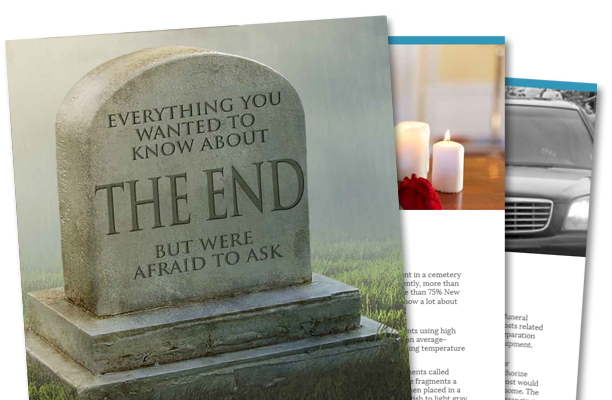