5 Unusual funeral customs from around the world

We generally think of funerals as somber affairs, comprised of three components: a wake, a funeral and a burial – or memorial service in the case of cremation.

There are exceptions: In New Orleans, for instance, jazz funerals are both a sad and joyous affair. A jazz funeral is usually held for musicians and blends several cultural traditions – some of which see celebrating death as a way to please the spirits who protect the dead. In a jazz funeral, the band leads the funeral procession, starting with songs of lament and later transitions to more raucous melodies coupled with dancing by mourners.

In the rest of the world, funeral traditions vary greatly and differ from ours in many ways. Dancing at a funeral? In some parts of Madagascar, there is a tradition, known as Famadihana, in which every few years, relatives unbury their dead in order to replace their clothes with fresh ones. The relatives walk the remains of their loved one around the village, play music, drink and dance. Afterwards, they put their dead back in their graves until the next gathering.

In Ghana, funerals are lavish affairs: They generally cost between $15,000 and 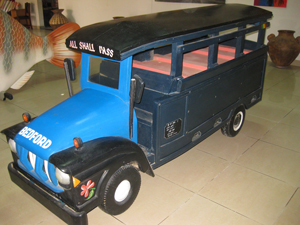 $20,000, according to CNN. Billboards are erected to publicize funeral arrangements and Ghanaians often bury their dead in coffins that symbolize what the deceased did for work or something special about him or her. These “fantasy coffins” take all shapes; that can range from an airplane to a Coca Cola bottle, or even a cell phone. In this way Ghanaians mourn, but also celebrate the life of the departed.

In South Korea, where burial space is at a premium, a law was passed that requires families to dig up their dead after 60 years. Because of that, cremation has become much more popular: in fact, more people are now cremated than buried in South Korea. A recent development in the way they treat loved one’s cremains is to have them compressed into colored beads that are then stored in a jar.

The Tinguians in the Philippines dress the deceased in his or her best outfit and then seat the body in a chair. The body remains there for several weeks, often with a lit cigarette placed between the lips. In mountainous areas of the Philippines, some cultures still practice the tradition of hanging coffins from high cliffs in order to place the dead closer to heaven.

Funeral rites have been around since the dawn of man and there are as many different traditions as there are cultures in the world. Some cultures leave their dead out in the open, others bury their dead in caves. Many of these traditions seem very odd to us, but then, our traditions may seem very odd to other cultures. The most important thing is that family and friends find the best way to remember loved ones and celebrate their life with dignity and respect – however tradition dictates.

Phaneuf Funeral Homes & Crematorium and the Cremation Society of New Hampshire can assist you with personal funeral arrangements that meet your needs and customs. For a free consultation, click here.